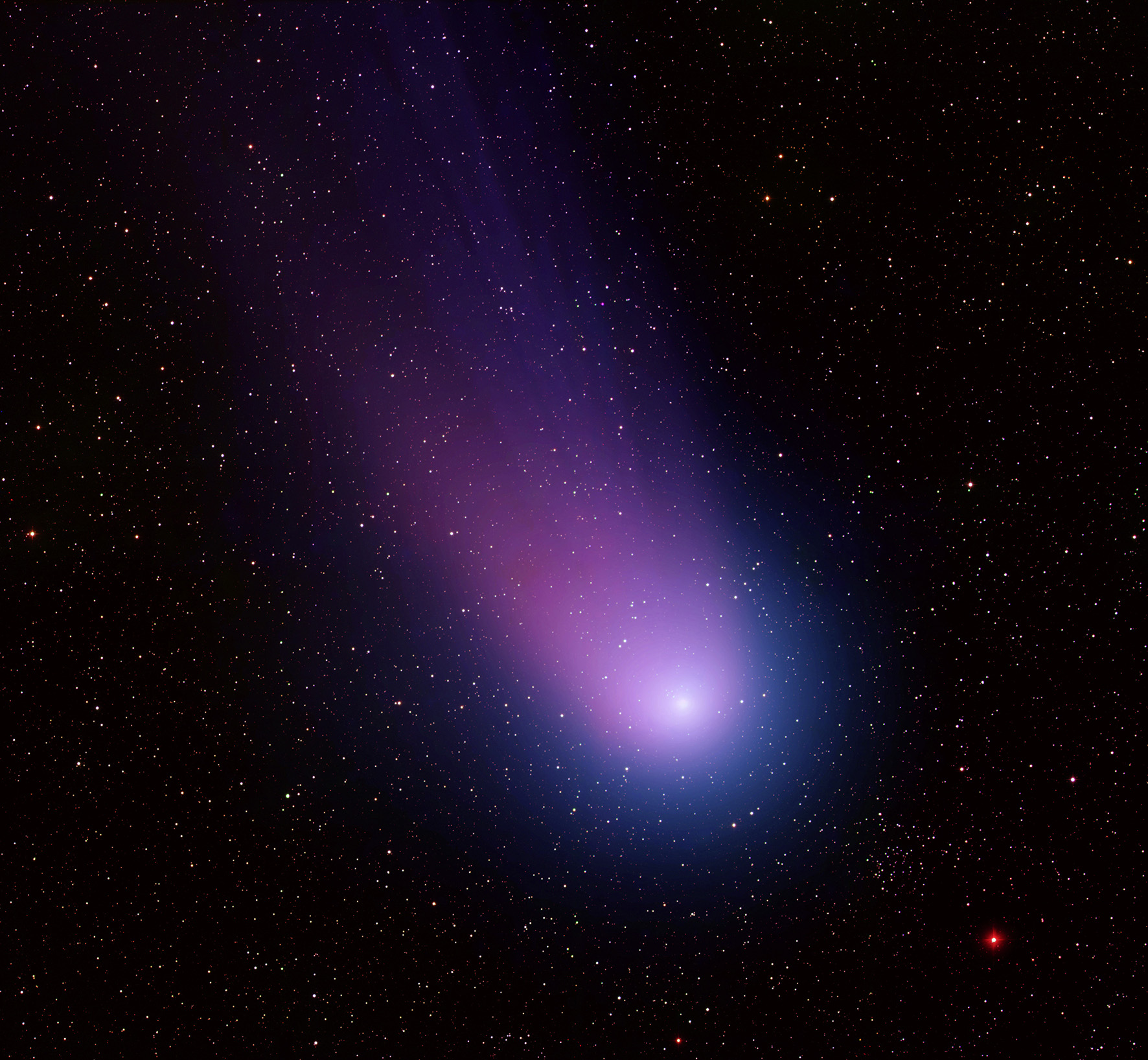 The image was taken with the Mosaic I camera, which has a one-square degree field of view, or about five times the size of the Moon. Even with this large field, only the cometâ€™s coma and the inner portion of its tail are visible. This color image was assembled by combining images taken through blue, green and red filters.

A small star cluster (C0736-105, or Melotte 72) is visible in the lower right of the image, between the head of the comet and the bright red star in the lower-right corner.

The comet will remain visible for several weeks with binoculars and small telescopes just after sunset, high in the western sky.